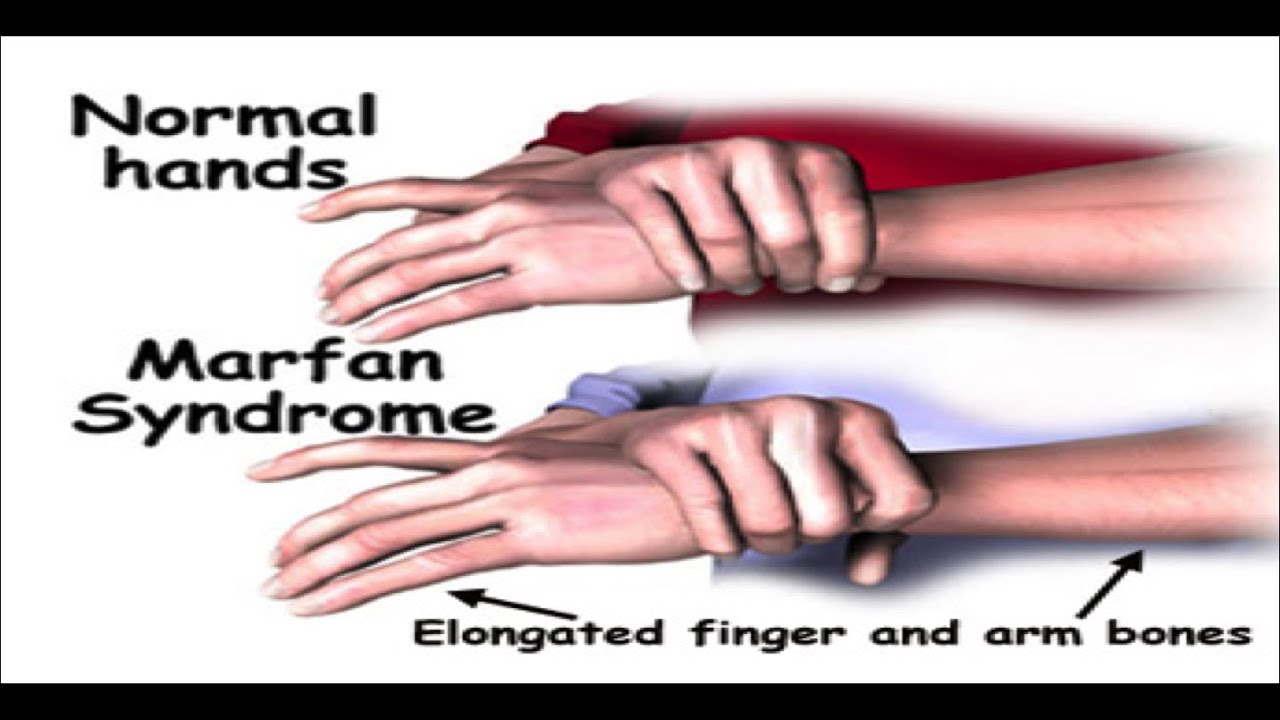 Tissues are the building blocks of our bodies. They form the organs and body parts. There are four kinds of tissues in the body which are: connective, epithelial, nervous and muscle. It is the connective tissue which gets affected by the Marfan syndrome. It is an inherited disease. The main function of the connective tissues is to provide support, strength and elasticity to the most important parts of the human body like the heart, blood vessels and cartilage.

In Marfan syndrome, the chemical composition of the connective tissues is affected and becomes abnormal. This leads to their improper functioning and they are then unable to provide the required amount of strength to the body. Almost the whole body gets affected when a person is down with Marfan syndrome. Vital organs like eyes, blood vessels, heart, skin, muscles are all affected. This syndrome is not uncommon. In the US, one out of five thousand people is suffering from it, irrespective of their backgrounds in terms of race.

The symptoms of the Marfan syndrome are not very specific and they can vary even between people belonging to the same family, even though it is an inherited disease. If a family is affected by this disease, then some of the members might face only mild effects, but others might have to go through major complications associated with it. Also, note that this disease worsens as the age of the person grows. Below are the signs of the presence of Marfan syndrome in the human body:

-  If the body of the person is quite thin and their height is also tall, it could be a sign of Marfan syndrome. Since there are many people with such body type, this symptom alone should not be trusted for diagnosing this syndrome.

-  The body develops fingers, legs and arms in an improper proportion. This can be measured and compared with some people around to know the normal ratio between the size of legs, arms and fingers.

-  People with the Marfan syndrome also often have their breastbone which either protrudes towards the outside or sinks inwards.

-  The palate in the mouth can have a high arch.

-  The teeth can be crowded.

-  Abnormal curvature of the spine.

-  Arch issues in the feet or flat feet in other terms.

-  Heart murmurs- which means there is some abnormal sound which appears in between the heartbeats.

Unfortunately, there is not much that a person can do to save themselves from this disease. This is basically a genetic issue which is responsible for making the body produce a special kind of protein. That protein, in turn, gives the strength and essential elasticity to the connective tissue. That protein is known as Fibrillin. This is how the Marfan syndrome is directly related to the strength and elasticity in the body.

However, 25 percent of those who are down with Marfan syndrome did not inherit the disease from their parents. These are those cases where the mutation is newly formed and might be continued in their successors.

How is it diagnosed?

The test for Marfan Syndrome is not a straightforward one. It can be complex to diagnose this disease. Genetic testing can help in diagnosing, but it will not be the sole way to find out. This is because there could be other problems with the connective tissues. The doctors will also advise thorough examination of eyes, vessels, muscles as well as the skeletal system. They will surely also enquire about the family history in this case because it is the most important factor in determining whether the person has the chance of getting Marfan syndrome or not.

These tests alone might not be enough to prove that the disease exists. The patient might have to go through other tests like a chest X-ray, or electrocardiogram or even echocardiogram. These last two tests specified are used for measuring the rhythm of the heart.

If things get more complicated, even an MRI or a CT scan might also be required. It depends on whether the results of echocardiogram were successful enough in revealing the required information or not.

These tests will also be useful for finding out the issue of Dural Ectasia. It is the problem related to the back and is common among people who have Marfan Syndrome.

In some other cases, the patient might even have to go for Slit Lamp test which is for the eye. In this test, the doctors make a check for the dislocation of the lenses.

Because this disease is mostly a genetic one, prevention is nearly impossible. There are not many things that can be done to completely avoid getting this disease. However, pregnant women can take care to avoid their children from getting this disease. If any lady has this disease already and if they are planning a pregnancy, they must go for some counselling where doctors can give advice as such cases are high-risk ones. In the case where the size of the aorta is alright, the chances of dissection are quite low. But it does not imply that they are absent.  Even the size is minutely large, the chances of the syndrome are increased. Stress during pregnancy also causes this fast dilation. Therefore, it is important for women to go for frequent checks to measure the blood pressure and even echocardiograms while they are pregnant. Based on the results of those tests, doctors will advise a suitable plan of action. In some cases, they might just advise bed rest and in other cases, they can even change the method for delivery.

Another set of people who can get this disease are the ones who have been through a heart surgery. The chances of bacteria getting into their bloodstream are higher. This condition is known as Bacterial Endocarditis. It is an infection which is caused when the bacteria enter in the blood. The solution for this condition is the use of antibiotics and depending upon the individual, the doctors can advise the dosage of those antibiotics.

Emotional stress also plays a big role in the life of people who have this syndrome. Although avoiding stress will not help in avoiding this disease altogether, but it surely helps in reducing the impact of this syndrome. Those people who go for regular counselling and make some positive changes in their lifestyle can reduce the impact of this disease and increase their life expectancy. There are foundations and groups in many countries in the world where people can get support and more help related to this syndrome.

Another way of reducing the impact of Marfan syndrome is to avoid heavy physical activities. Not all the affected people need to do this, but some of them sure do. Those people who have a dilated aorta will need to avoid heavy exercises, sports and even heavy weight-lifting. The doctors can guide on what all is allowed, where the precautions need to be taken and what all should completely be avoided.

There is no treatment that can completely cure this disease, but there are treatments which can reduce or even avoid some of the complications caused by this disease. The treatment varies from one individual to the other, depending upon their case and medical data. But for all patients, getting regular check-ups for the progress as well as the damage caused is important. In the past when the technology was not so strong, the life expectancy of people with this syndrome was near about 35. But now things have improved due to the modern treatments. Regular monitoring of the body is of utmost importance when it comes to Marfan syndrome.

The treatment plan could be a combination of medicines, surgery and therapies. The medicines are used to bring the blood pressure down in cases where it is high. This helps in preventing the rupturing of the aorta by avoiding its enlargement due to high blood pressure. There are certain drugs like beta-blockers and they help in making the heart beat a bit slower and with less force. Because of less force, the chances of aorta enlargement are reduced.

Surgery performed on patients with Marfan Syndrome is with the motive of preventing the aortic dissection. This ultimately helps in controlling the flow of the blood between the chambers of the heart and ‘to and from’ the heart. Not every patient is expected to go through the surgery. The decision of surgery is impacted by the size of the aorta and a comparison of normal and expected size. Other factors which impacts this are the age, gender, height and family history of the patient. In the surgery, the surgeons will replace the dilated part of the aorta and put a graft in its place. A graft is a small piece which is used to make up for the damaged area of the blood vessel. They are also used for the weaker areas of the vessel to avoid further damage.

It is important to treat the leaky or dilated aorta because it can further damage the left ventricle of the heart and can even cause heart failure. The left ventricle is the lower chamber and is the main component responsible for pumping the blood. This is one of the reasons why regular check-ups are important. If the damage is detected early, then the surgery can help to save the valves. If the valves are damaged, they will need to be replaced where things can get more complicated.